On days close to 24 June, Cañada and Villarluengo celebrate the festivity of San Juan Bautista. In them, the main element is the “mayo”, which is planted in the square, which it will preside for considerable time. In addition, in Villarluengo, the mozos (young men) sing albadas (serenades)to the mozas ( acccompanied by flute and drum and afterwards mass is celebrated and the saint is taken out in procession. In the afternoon the “Reinau” is danced, a typical dance of Villarluengo, of the few that have been preserved in the territory. 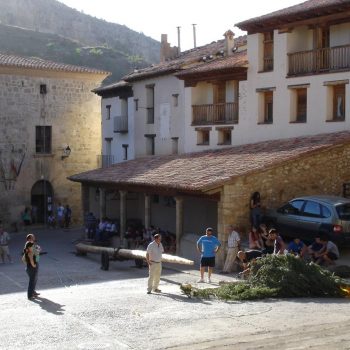 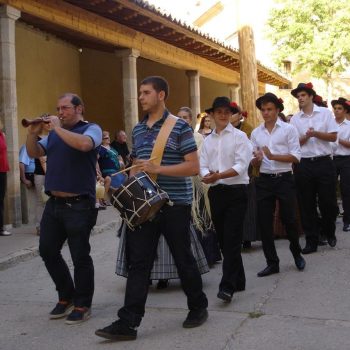 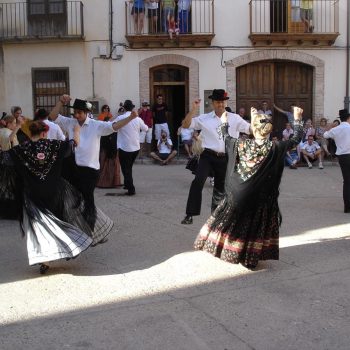 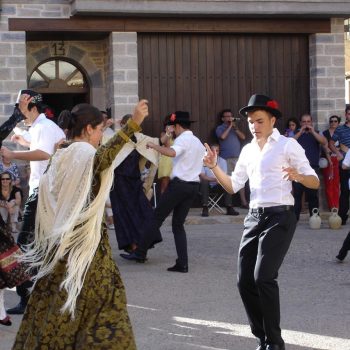 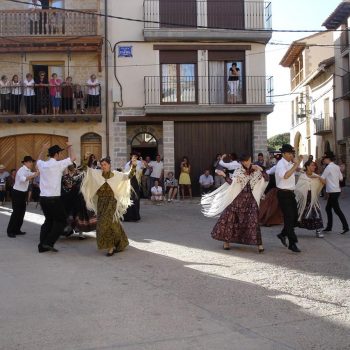 The Romería of San Marcos, which Villarluengo celebrates the Saturday closest to 25 April, is among the most outstanding of the zone due to its complex ritual. This day, the residents carry out a pilgrimage to the hermitage of San Pedro de la Roqueta, in Mon­toro, on a demanding route, with constant and accentuated gradients,and stopping on numerous occasions to pray. At the hermitage mass is celebrated, meals are eaten in community and in the afternoon is the return to Villarluengo, with a beautiful arrival illuminated by the fire of the torches. 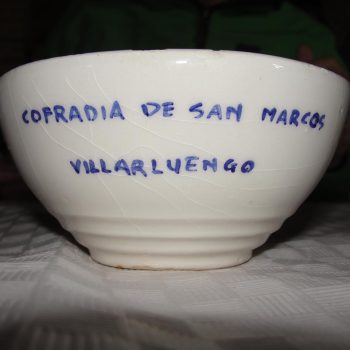 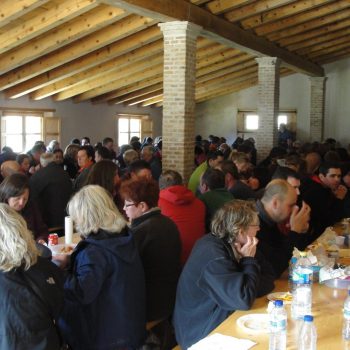 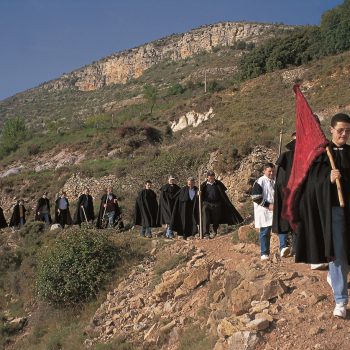 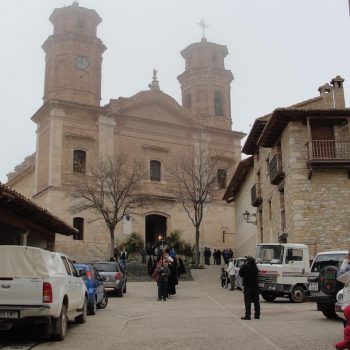 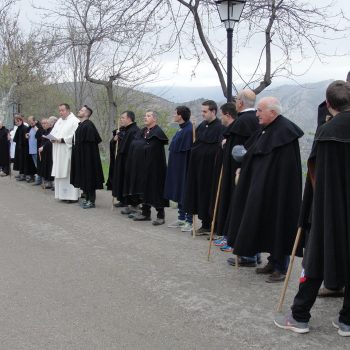 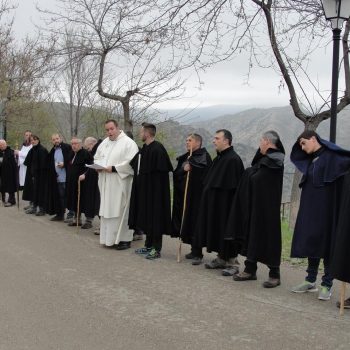 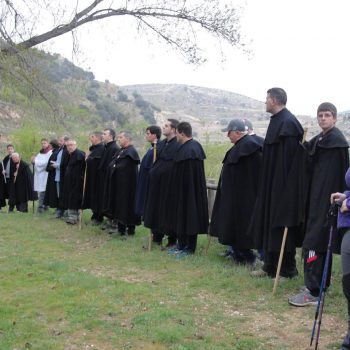 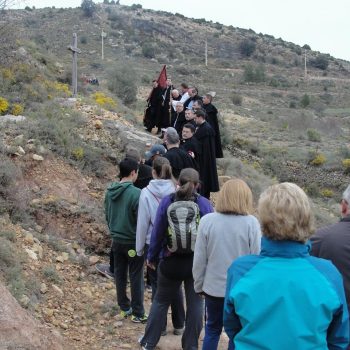 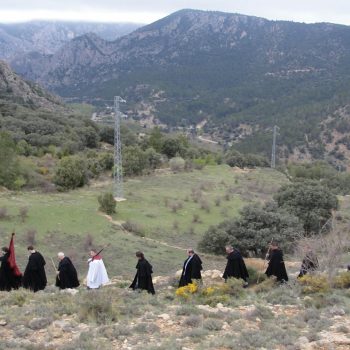 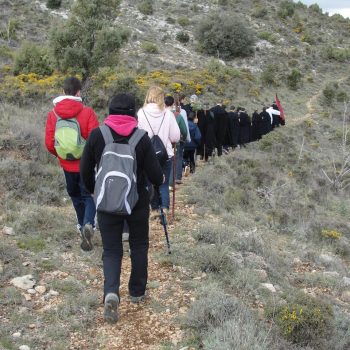 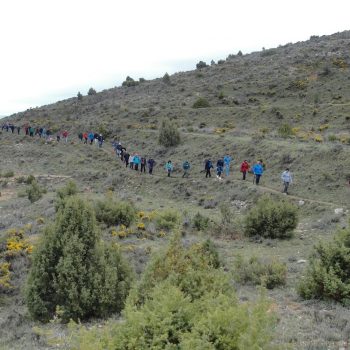 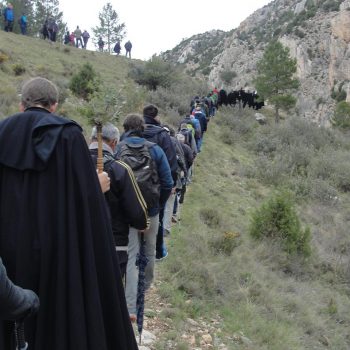 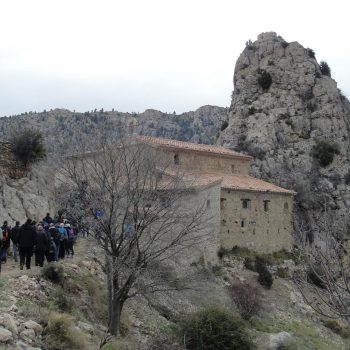 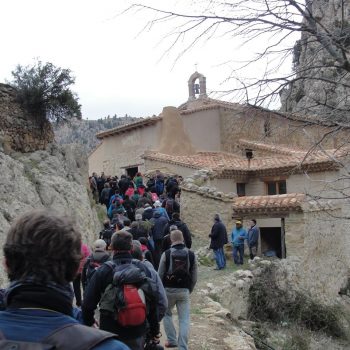 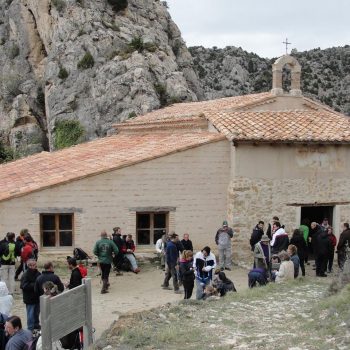 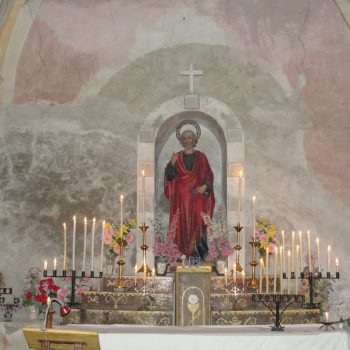